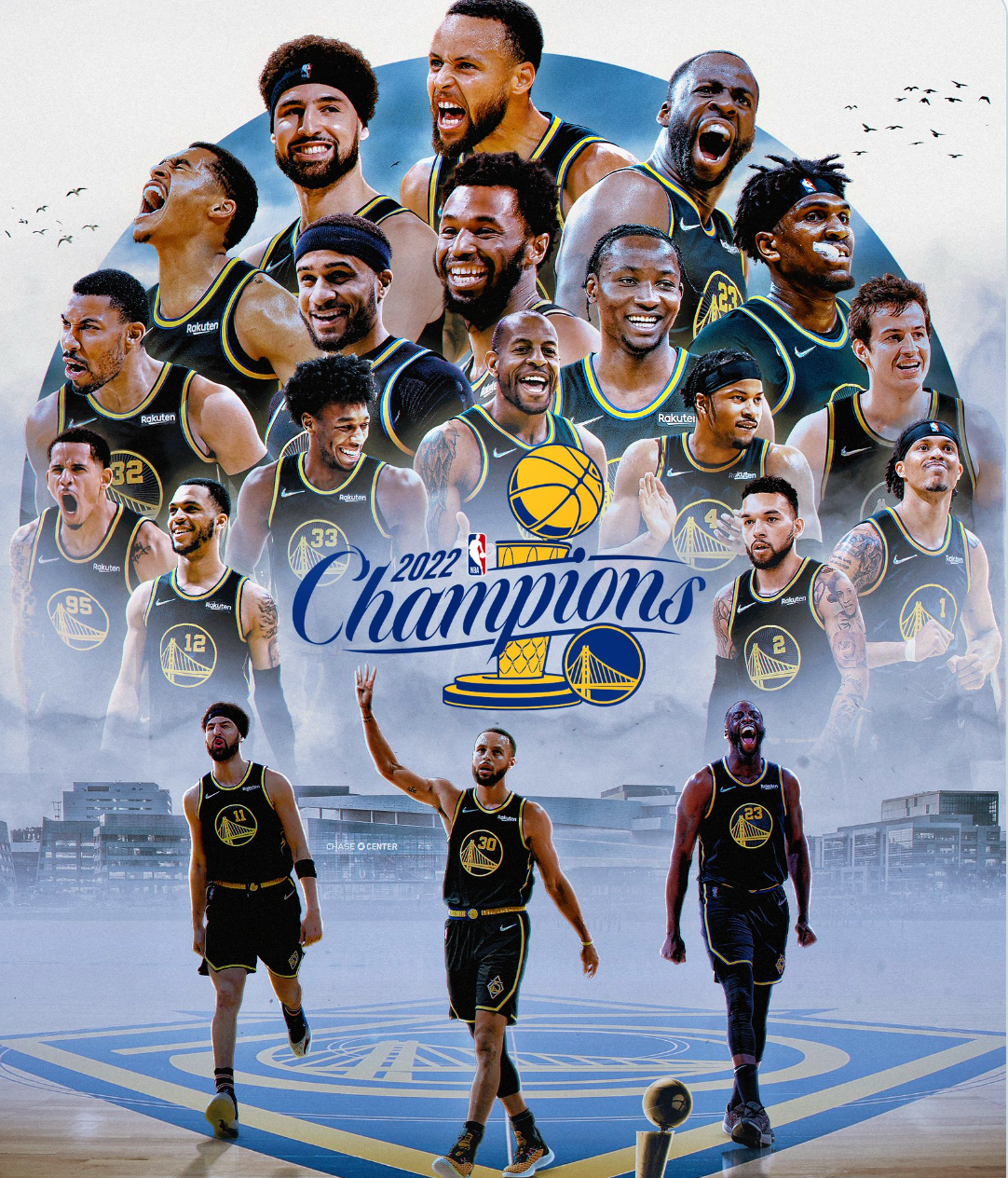 The Golden State Warriors are NBA Champions. The Warriors cruised past the Boston Celtics on Thursday night (103-90) to win their fourth championship in eight years. Steph Curry was the unanimous pick for Finals' MVP after averaging 31.2 points, 6 rebounds, and five assists in the series.

With just seconds left in the game, Curry collapsed on the floor and wept. In an interview after the game he said, "This one hits different for sure knowing what the last three years meant, what it's been like. ... Injuries, the changing of the guard, rosters, the young guys. ... Now, we got four championships. Me, Dray, Klay and Andre."

David Blitzer, the global head of tactical operations at Blackstone Group, has taken a minority stake in the Cleveland Guardians. Major League Baseball has approved the sale and has given Blitzer the ability to increase his stake to a controlling interest within the next 10 years.