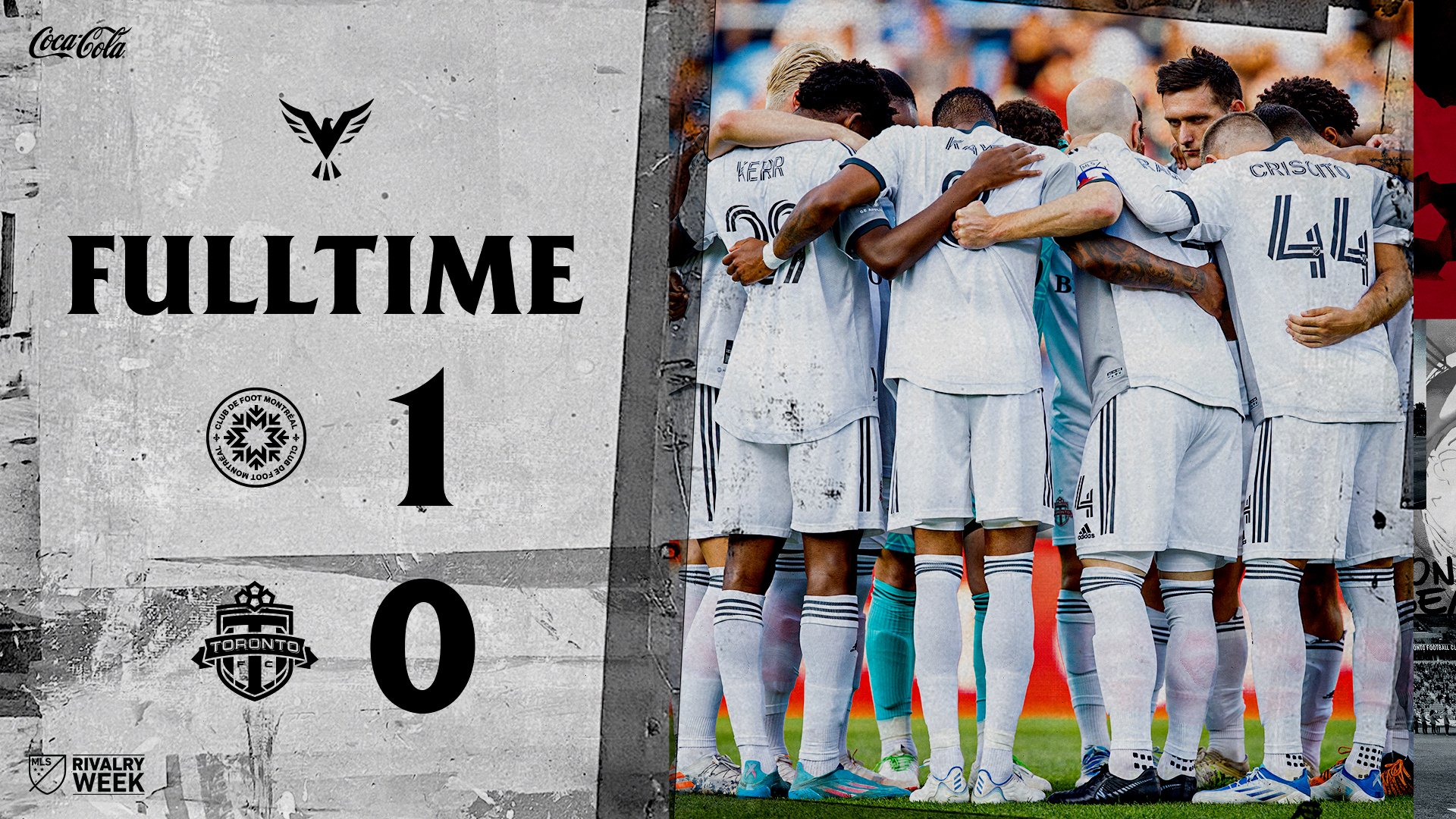 An own-goal from Lukas MacNaughton was the difference maker as a shorthanded CF Montreal defeated their rivals Toronto FC. The loss extends Toronto's scoreless streak to two matches.

Toronto FC head coach Bob Bradley went with a different look in his starting XI and made some changes due to injuries and suspensions. Alex Bono started in-goal; Domenico Criscito, Lukas MacNaughton, and Shane O'Neill on the backline; Mark-Anthony Kaye, captain Michael Bradley, Luca Petrasso, and Deandre Kerr in midfield; and Jesus Jimenez and Ayo Akinola as the attackers.

Montreal were close to getting on the scoresheet in the 4th minute when Kei Kamara got a touch on a cross-pass, but it bounced off the crossbar. It was a chaotic scene in the box as Bono came up big to ensure his team didn't concede an early goal.

Aside from the own-goal in the 69th minute, it was a solid performance by Bono, who has dealt with his fair share of ups-and-down in goal this season. He made many crucial saves that kept Toronto in the match until the end and provided his team an opportunity to win.

TFC had an advantage in the final 10 minutes of the match as Montreal defender Kamal Miller was shown a red card and sent off in the 80th minute. Despite the extra man advantage, Toronto were unable to score an equalizer and left Saputo Stadium with a loss.

During his post-match press conference, Bradley mentioned that he's excited to get the club's new addition into the lineup:

"We'll be excited to get a lift when some of these other guys get here, get on the field and then see if we can get ourselves on a little bit of a run."

Although Toronto are adding two exceptional offensive players to their lineup, they still face an uphill battle. They are currently 7-points back from the final playoff spot in the MLS Eastern Conference and have 13 matches remaining.

"We have to take it one game at a time, that's the most important thing," said Bono.

Toronto are winless in their last 5 matches, with their most recent win coming in their 2-1 win against Atlanta United on June 25th.  They return to action next Saturday, when they host Charlotte FC at BMO Field.