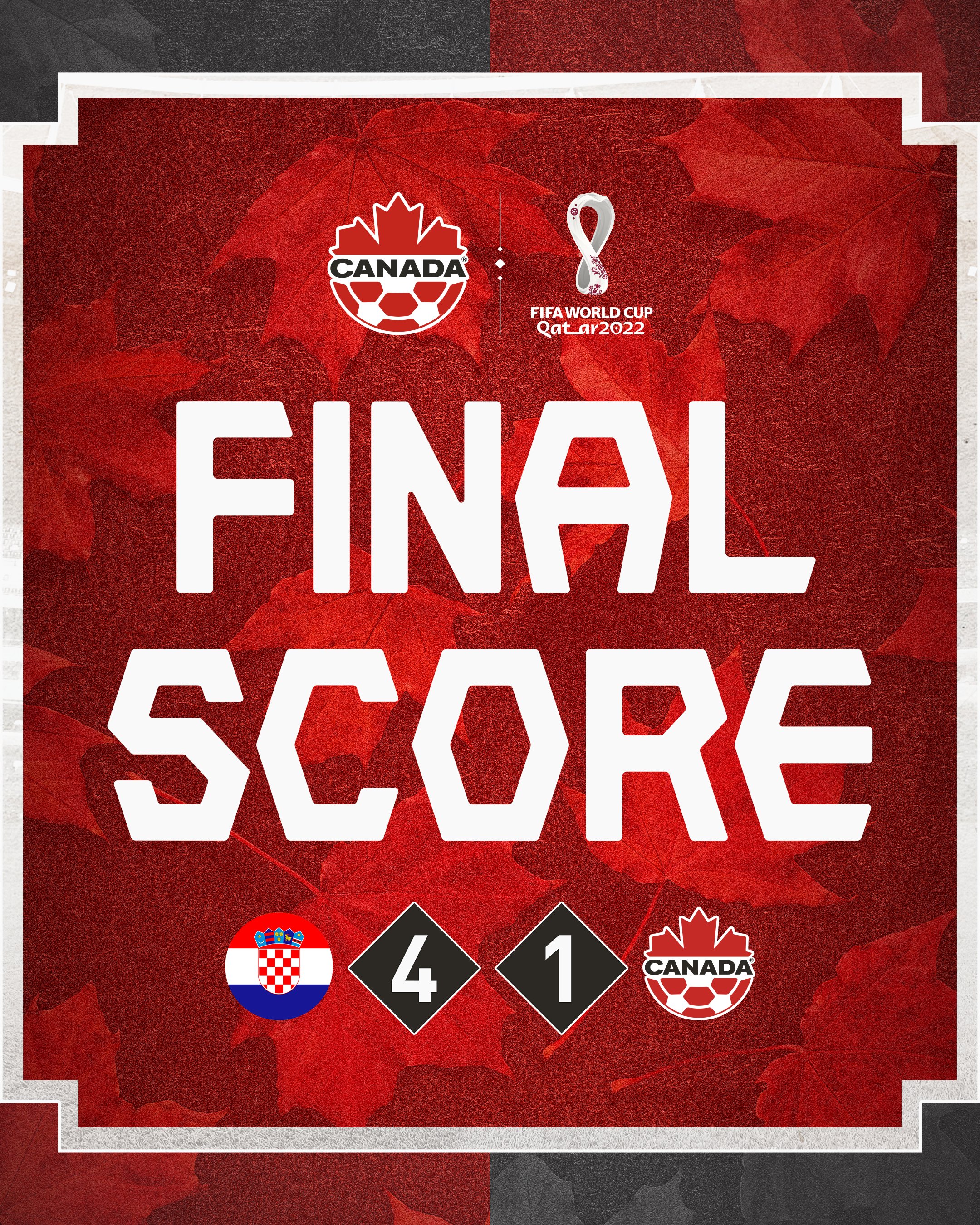 Canada's won't be advancing past the group stage after their 4-1 defeat to Croatia, which was their second loss as they were defeating in their opener to Belgium this past Wednesday.

There was something positive, however, as Canada's star player Alphonso Davies scored a header after a wonderful cross from Tajon Buchanan, making him the first ever Canadian men's national team player to score a goal at a FIFA World Cup.

Canada seemed to be were full of energy as Davies put them on the scoresheet in the 2nd minute, but the momentum began to shift towards to Croatia as the match progressed. Canada didn't have an answer to Croatia's transitions or counterattack, which resulted in 4 unanswered goals being scored.

Osorio was a welcome addition to the match as he did a great job creating space both for himself and his teammates, and even had a goal scoring opporunity that slighty missed the goal. The Toronto FC midfielder made a strong case that he should be considered for a starting midfield role in Canada's final match against Morocco on Wednesday.

Despite being eliminated, Canada still has a lot to play for. During his post-match interview, Atiba Hutchinson, who played his 100th cap for the national team, mentioned that they are still focused on earning all three points against Morocco, who defeated Belgium earlier today.