Canada is going to Qatar! 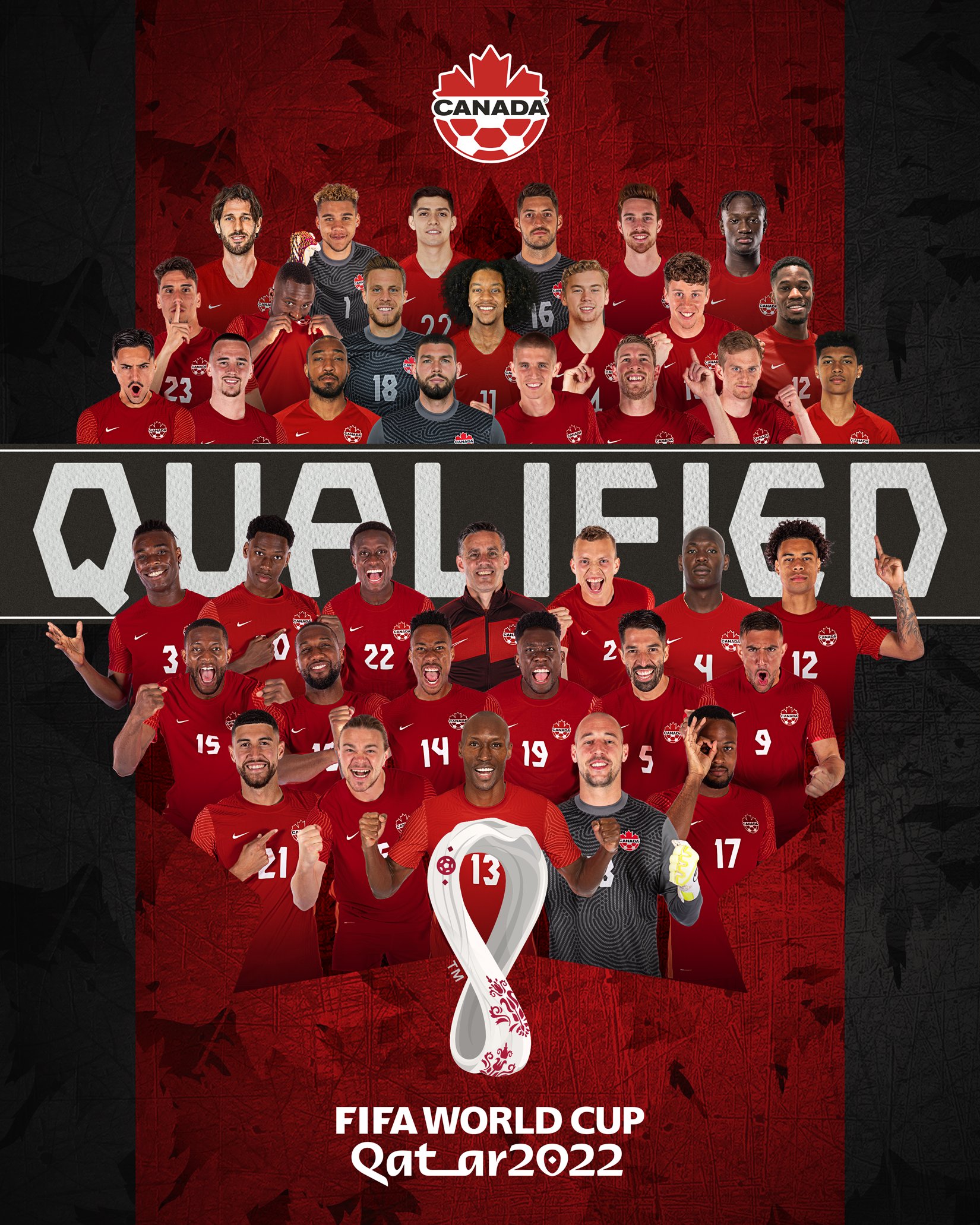 The wait is over. After 36-years, the Canadian men's national team have clinched a berth in the FIFA World Cup. Canada made a statement with their 4-0 win over Jamaica that they are the best team in CONCACAF.

Fans packed BMO Field to witness an signicant moment in Canadian soccer history. It was a culmination of years of developing an exciting generation of soccer players. The talented group led by Canadian soccer legend Atiba Hutchinson needed a draw or win to book their place to Qatar and that's exactly what they did.

Canada's all-time leading goal scorer Cyle Larin got things started as he scored the opening goal. Canada fed of engergy of the crowd and they were clearly the better side throughout the match.

As the time winded down, it became clear that Canada were moments away from securing a berth in the 2022 World Cup. The crowd errupted as the final whistle sounded and history was made at BMO Field.

Since taking over as the head coach of the men's national team, John Herman has turned a struggling program into a winner. His squad selection has been great and players have been given an opportunity.

Herdman was emotional after the game and took in the moment and rightfully so. He mentioned how gaining the support of Canadians was very important for their success.

"I think if we all get behind each other this is the time for everyone to get behind football and unite because we can be a powerhouse."

Despite already qualifying, Canada still have one more qualifying match against Panama this coming Wednesday, so it could give Herdman a chance to experiment with different tactics.

Canada won't have to wait very long to find out who they'll be playing this winter at the World Cup. The draw is scheduled to take place this Friday, so Canada will find out which group they'll be in.