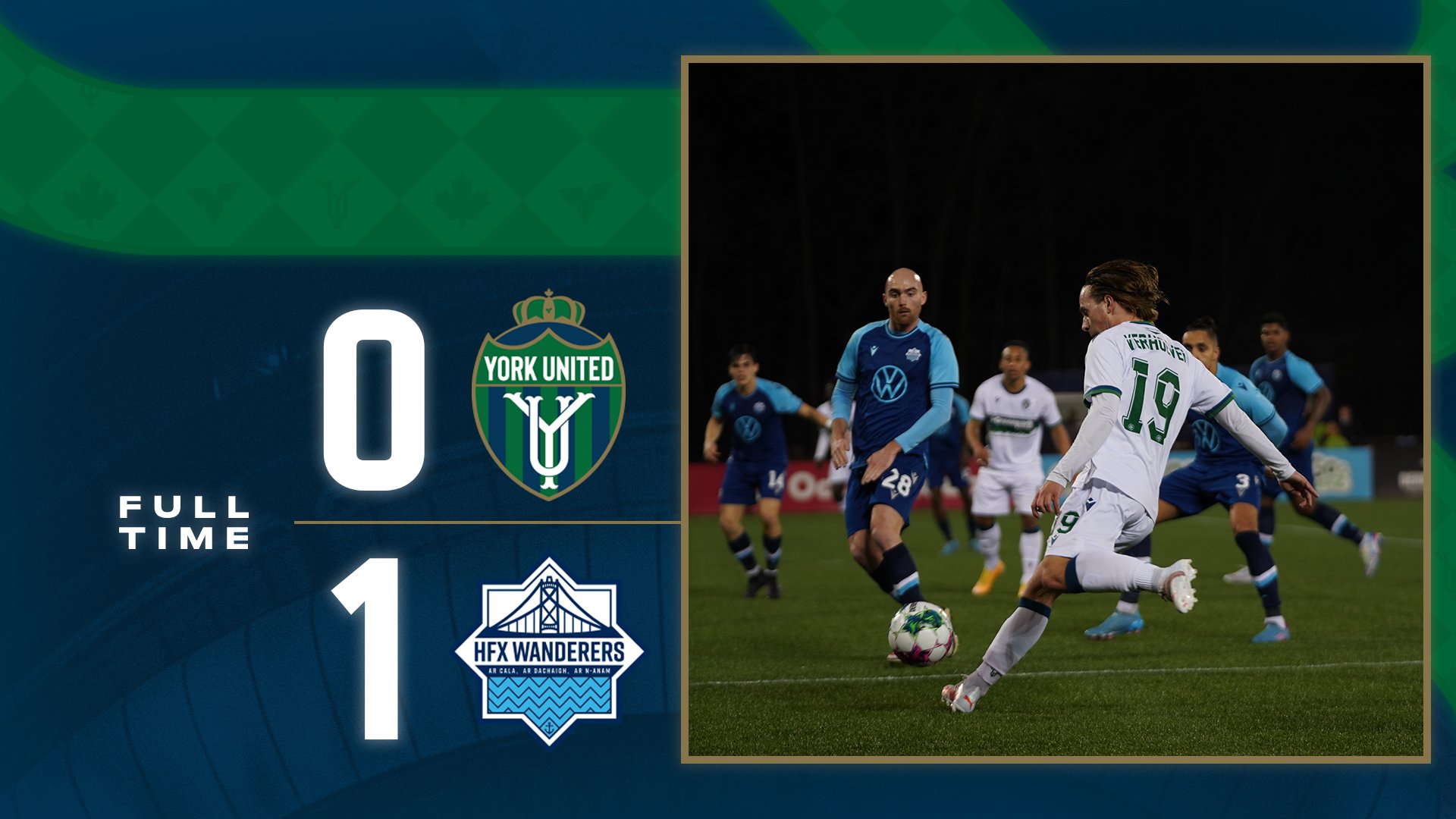 It was Martin Nash’s first match as York United head coach. The former Canadian international was hired after Jimmy Brennan parted ways with the club. He is no stranger to the league as he served as Tommy Wheeldon Jr.’s assistant coach in Cavalry.

During Nash’s media day scrum yesterday, he mentioned that he likes his teams to be aggressive, but also that he’d like his team to comfortable on the field. He added that he learned a lot during his time on Wheeldon’s coaching staff, which could serve the club well.

York started off well. Michael Petrasso did a great job finding pockets of space on the wing and took full advantage of it. York continued causing problems for HFX off the wing, but they weren’t able to find the back of the net.

As the half progressed, the Wanderers gained more confidence caught York out of transition on numerous occasions.

In the 35th minute, York had an opportunity to get on the scoresheet when Wright found enough space to strike the ball with his left-foot that narrowly missed the net. It was a great opportunity, especially considering it was Wright’s off side.

Shortly after, it looked as though Kane was going to get his first goal after getting a touch on a cross pass, but he wasn’t able to finish. The link-up play began from Verhoeven in the midfield. He was brilliant throughout the opening 45-minutes and was instrumental in finding openings in HFX’s midfield and backline.

The Wanderers were awarded a penalty-kick in the 53rd minute after Thompson made a mistimed challenge in York’s box. Joao Morelli stepped up and calmly struck the penalty into the back of the net to give HFX the 1-0 lead.

York regrouped and went back to attacking off the wings, which was a successful tactic for them in the first-half. Petrasso linked up well with Wright, who crossed to Gutierrez but HFX goalkeeper Oxner broke up the play.

The match opened up a great deal after that play and turned into an end-to-end attacking matchup. There were frantic moments in the 65th minute after Abzi was brought down in the box but there was no call. Shortly after, it looked as though there was a handball, but it also wasn’t called, which angered the fans at York Lions Stadium.

There was a notable debut in the 76th minute as Michael Petrasso came off and was replaced with Osaze De Rosario. De Rosario is the son of Canadian soccer legend Dwayne De Rosario.

York were unable to score the equalizer and lost their home opener. To makes matters worse, Matteo Hernandez was shown a straight red card after a hand ball in the final moments of the match.