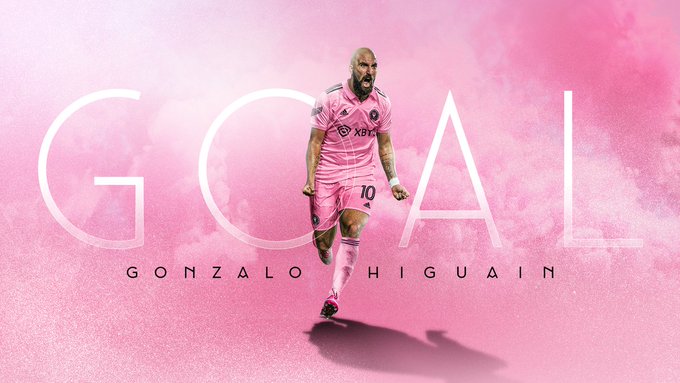 Gonzalo Higuain was the hero for Inter Miami as his 86th minute goal was the game winner as Miami defeated Toronto FC 1-0 to earn a crucial three-points and close in on a playoff spot.

Toronto head coach Bob Bradley went with a 4-3-3 formation: Quentin Westberg started in-goal, Domenico Criscito, Chris Mavinga, Shane O'Neill, and Richie Laryea on the backline; Mark-Anthony Kaye, Deandre Kerr, and captain Michael Bradley in the midfield; and Federico Bernardeschi, Jesus Jimenez, and Lorenzo Insigne as the attacking trio.Tonight's match was a homecoming of sorts for Alejandro Pozuelo, who returned to BMO Field for the first time since being traded to Inter Miami. The former MLS MVP was dealt this past July in order to free up a DP spot that was used to sign Bernardeschi.After being mathematically eliminated from playoff contention, TFC looked to play spoiler and do the same for Miami, who came into the match as the 7th seed in the MLS Eastern Conference and tied with Columbus with 42-points.Gonzalo Higuain has been excellent since Pozuelo's arrival and looked to continue his impressive goal scoring run.Toronto had a scoring opportunity in the 18th minute, when Bernardeschi laid the ball off to Insigne, who didn't get enough power on his shot and led to the goalkeeper making an easy save.Most of TFC's success in the offensive-end came from the right-wing as Bernardeschi and Laryea were creating scoring chances, aggressive in their offensive breaks, and testing Miami goalkeeper Drake Callender with shots on target.The Italians connected again in the 36th minute, this time with Insigne finding Bernardeschi with plenty of space, but his shot deflected off a Miami defender and stopped by Callender.TFC's best scoring opportunity of the half came in the 44th minute, Kaye delivered a perfect through ball to Insigne, but the Italian struck the ball with a little too much power as it went on-top of the net.Things got heated at the end of the half as Insigne and Inter Miami captain Gregore Silva got into a little shoving match before being separated by their teammates and the TFC DP receiving a yellow card. Toronto had a great sequence in the 64th minute as substitute Jayden Nelson and Laryea linked up, which resulted in Insigne getting a a clear shot on-goal from outside the box. Despite missing the net, it was a good attempt and helped TFC gain some momentum.

TFC had a great defensive sequence in the 73rd minute as Westberg made a crucial save on Campana and then Higuain's rebound was cleared away from Laryea.

Just when it looked like the match was destined to be a scoreless draw, Higuain found an opening in Toronto's backline and scored to give his club the 1-0 lead in the 86th minute.