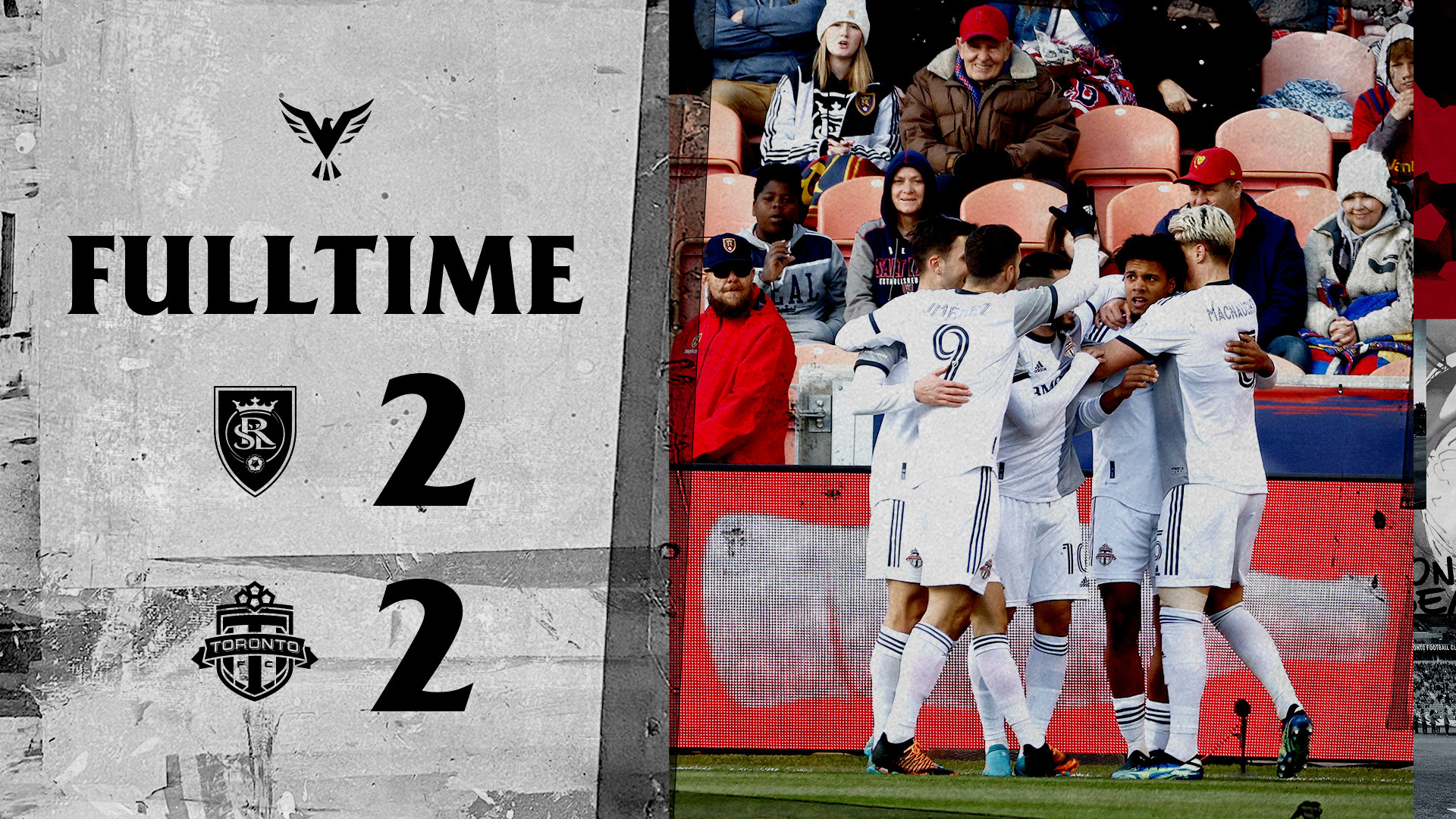 Jayden Nelson was the hero for Toronto FC as he scored a spectacular equalizing goal to secure a 2-2 draw against a top-notch Real Salt Lake side. He struck the ball from well outside the 18-yard box after catching Salt Lake goalkeeper Zac MacMath out of position.

It wasn’t a great start for TFC by any means as they conceded an early goal. RSL winger Justin Meram struck a nice shot in the back of the net to give his team the 1-0 lead. Toronto had to regroup and put the early goal behind them if they wanted to get back on track.

Toronto would not only score the equalizer, but they did it in impressive fashion. Shaffelburg sprinted down the wing and found Thompson, who connected with poised left-foot finish. This was significant as it was the first MLS goal for the Toronto homegrown midfielder.

Real Salt Lake regained the lead prior to the conclusion of the first-half, when Damir Kreilach received a pass from Maikel Chang and struck it past Bono to give his team the 2-1 lead heading into half-time.

The second half was just as eventful and featured another incredible finish. In the 87th minute, Nelson took the ball from Kreilach with a nicely timed challenge and struck an perfectly place shot into the back of the net.

Toronto coach Bob Bradley had a lot of praise for the Toronto youngsters and spoke highly of their growth as players. He mentioned that tonight could be a confidence booster for Nelson.

“Jayden has had some moments where he’s gotten into the box and you think he’s on the verge of either making the right pass or finishing a chance. That part has to continue to improve,” said Bradley. “Maybe a goal like tonight makes a big difference in those ways,” he added.

Toronto are back in action next Saturday, when they host New York City FC at BMO Field.