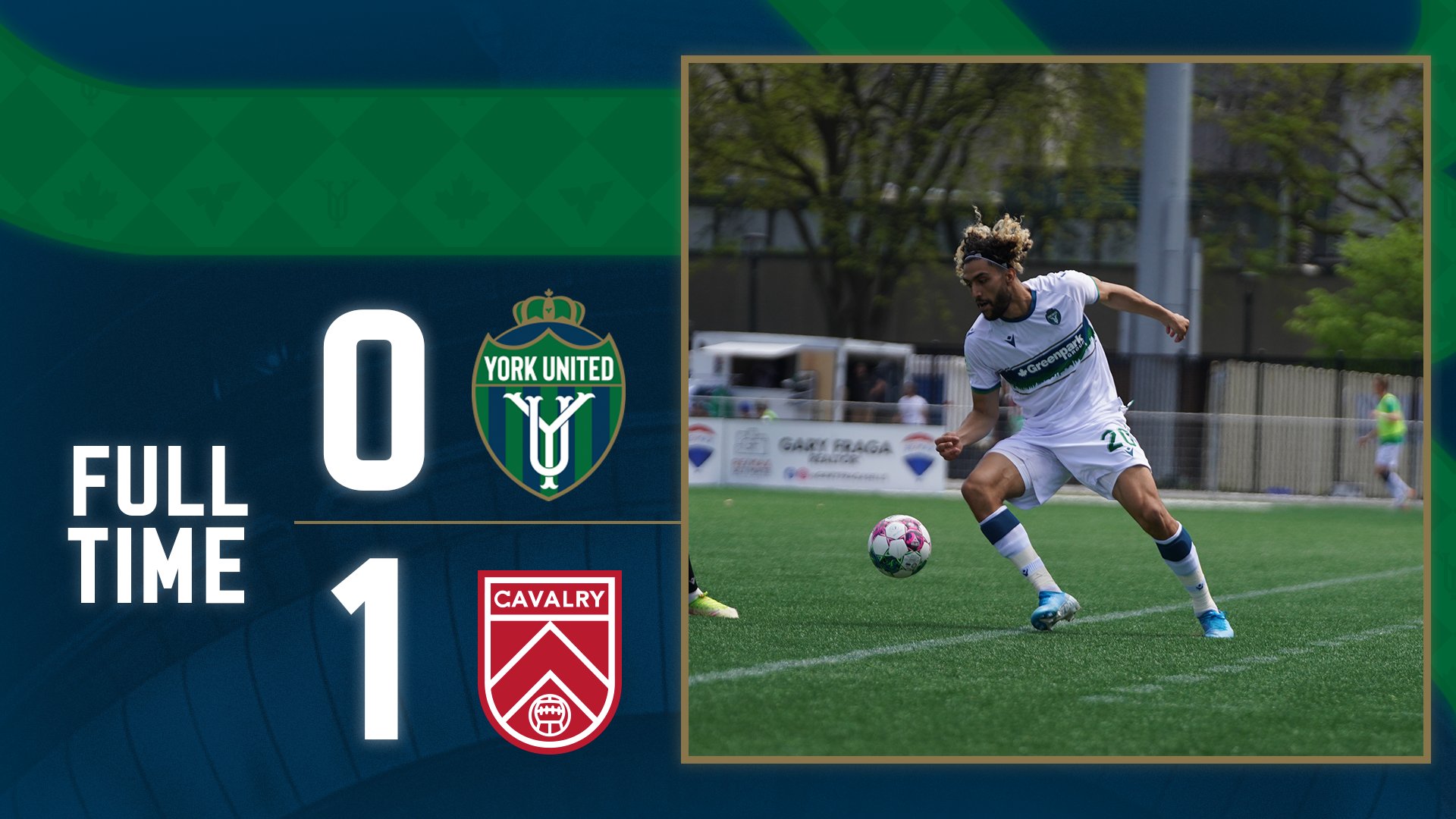 Aribim Pepple's goal in the 81st minute ended up being the game winner as Cavalry defeated York United 1-0 to secure three-points in the standings.
York United head coach Martin Nash went with a 4-2-3-1 formation: Niko Giantsopoulos started in-goal; Diyaeddine Abzi, Jordan Wilson, Dominick Zator, and Chrisnovic N'sa on the backline; Sebastian Gutierrez, Noah Verhoeven, Isaiah Johnston, Cedric Toussaint, and Lowell Wright in the midfield; and Osaze De Rosario as the lone striker.
Nash has done a great job utilizing all his attacking players and finding creative ways to feature them in the starting lineup without deviating from his gameplan. Wright, who usually plays as their target man up-top, was playing a deeper role in midfield. Despite being a natural striker, he did well as a midfielder. He was reliable on the defensive end and was a constant threat whenever he received the ball and attacked off the wing.
York did well for the most part. The first 45-minutes saw them with most of the scoring opportunities. De Rosario had a few promising scoring chances, but wasn't able to capitalize. Cavalry's best scoring opportunity came towards the end of the half when Ali Musse had a clear shot on-goal from outside the box. It was a chippy half that saw players from both teams receive bookings.
In the 51st minute, York had a great opportunity to score when Wright dribbled down the wing and found De Rosario with a perfectly placed cross-pass, but he struck the ball over the crossbar. A few moments later, Wright sent another ball in the box, but the ball was a few yards away from De Rosario. The youngster proved that he is capable of creating plays as a midfielder, which is a great sign for head coach Martin Nash as it opens up many options for his attack.
De Rosario received another cross - this time from N'sa -  but headed it wide of the goal. Although he wasn't finishing his chances, he was still getting great looks and finding ways to get himself open.
Cavalry capitalized on an opportunity in the 73rd minute to take the 1-0 lead. After Zator blocked an initial shot, the ball went right to Aribim Pepple, who made no mistake and struck it in the back of the net. York had an opportunity to score the equalizer in the 81st minute. Abzi received the ball in the box and struck it on goal but was stopped by Marco Carducci. Johnston managed to get to the rebound and have an attempt of his own, however his shot was blocked by Elijah Adekugbe.
York's hopes of scoring an equalizer got a lot tougher as N'sa was sent off after receiving a second yellow card. Head coach Martin Nash was also shown a yellow card moments later for arguing a foul. The nine stripes were unable to score the equalizer, which ended their winning streak.