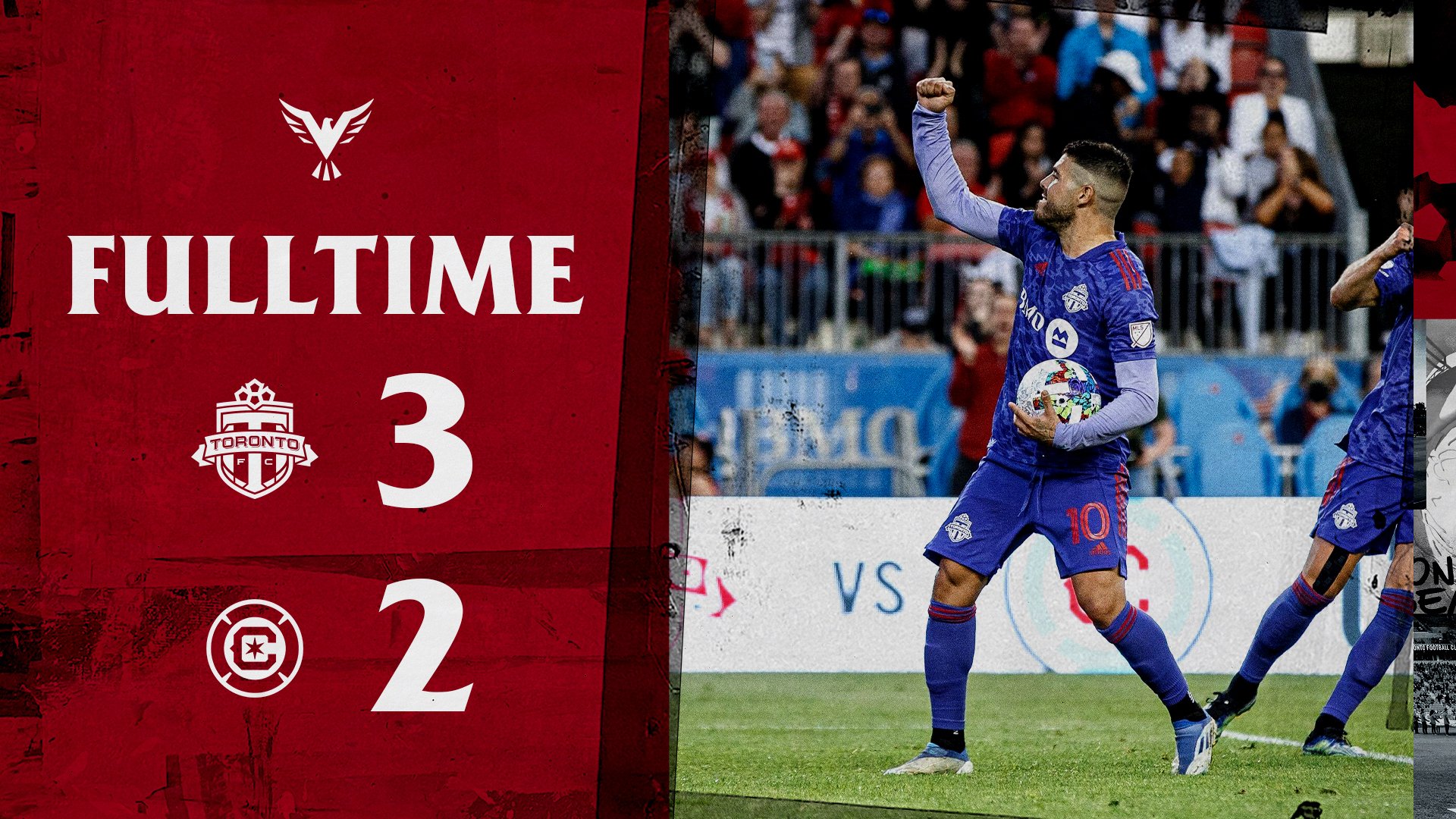 TORONTO, ON — Alejandro Pozuelo showed why he was once the MLS MVP by scoring two goals in the second half to secure an important win at home for Toronto FC and extend their unbeaten streak to three matches. Toronto now sits in 12th spot with 15-points and within reach of a playoff spot.

TFC came into the match following their 2-1 win over HFX Wanderers in the Quarter-finals of the Canadian Championship this past Tuesday.

Tonight’s match was the club’s first look at Xherdan Shaqiri. The Swiss winger accepted a lucrative offer to join the Fire, however hasn’t been able to turn the club’s fortunes around as they have struggled in the early part of the season. Chicago sits last place in the Eastern Conference standings with 11-points. Meanwhile, Toronto came into tonight’s match looking to close that between themselves and a playoff spot.

Toronto got a quick goal in the 12th minute when Kerr received a pass from Jimenez and found the back of the net after his shot was originally stopped by Fire goalkeeper Gabriel Slonina but deflected into the net.

Despite maintaining the 1-0 lead into halftime, the momentum would swing in Chicago’s favour in the second half. In the 52ndt minute, Shaqiri crossed the ball to Carlos Teran, who headed it past Westberg to even the scoring.

The Fire weren’t done as they would score the go-ahead goal less than 15-minutes later. It was another goal that began with Shaqiri spotting his teammates in the Toronto box. Gimenez headed Shaqiri’s cross back to Przybylko, who struck the ball in the net.

TFC battled back and were awarded a penalty kick after VAR determined the foul on Pozuelo actually occurred inside the Fire’s box. The Spaniard didn’t waste the opportunity as he calmly struck a penalty past Slonina to tie the match 2-2.

Pozuelo wasn’t done as he added another goal off a spectacular strike that went bar-down over the line and out the net. It didn’t look like it was a goal at first, but the referee blew the whistle to confirm that the ball did in fact cross the line.

It will be an interesting next month for Toronto FC management as they will have to make a decision on whether Pozuelo will be in their future plans. He is in the final year of his contract and could risk losing him on a free transfer should they not extend him.