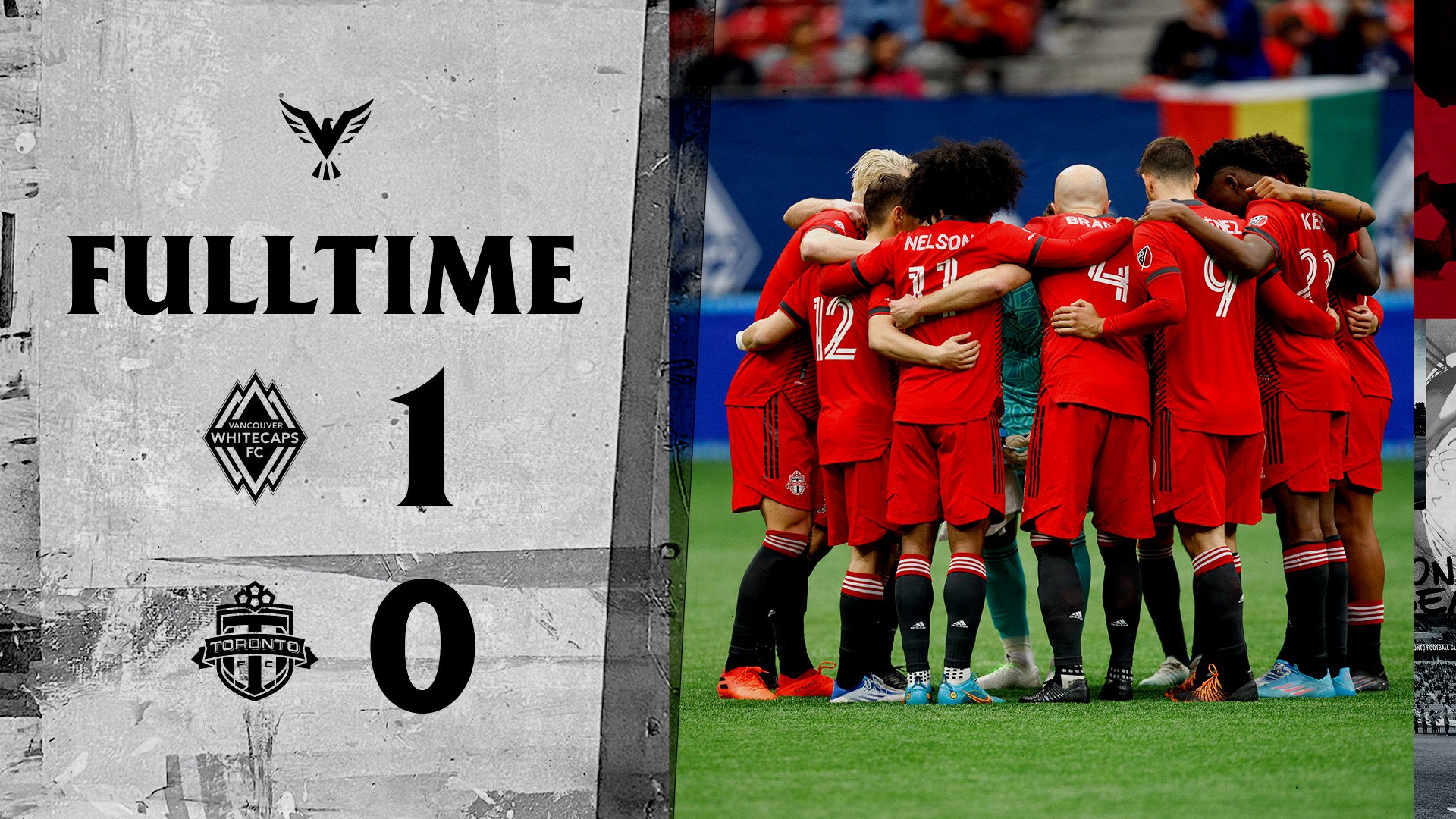 Tosaint Ricketts scored a late goal to secure the win for the Vancouver Whitecaps and hand his former club their fourth-straight loss.

Toronto head coach Bob Bradley was forced to turn to his youngster for today's match due to a number of injuries his squad is currently dealing with. He went with a 4-3-3 formation for this afternoon's matchup. Alex Bono started in-goal; Luca Petrasso, Shane O'Neill, Lukas MacNaughton, and Kadin Chung on the backline; Deandre Kerr, captain Michael Bradley, and Kosi Thompson in the midfield; and Jayden Nelson, Jesus Jimenez, and Alejandro Pozuelo as the attacker trio.

in the first-half, Toronto were awarded a penalty-kick after VAR determined that there was a handball in the box. TFC had a great opportunity to take the lead, but it was a poorly struck penalty that was stopped by Whitecaps goalkeeper Thomas Hasal. It was uncharacteristic of Pozuelo, who has been reliable from the penalty spot in the past.

The second-half was very eventful. Toronto thought they had the 1-0 lead when Nelson got a touch on a rebound and put it in the net. But, the referee waved it off as he determined Hasal was in control of the ball when Nelson got the touch.

In the final moments of the match, Lucas Cavallini's cross pass found Ricketts, who put in the back of the net to give the Whitecaps the lead. Toronto players felt Ricketts was in an offside position, but the goal was still awarded and was enough to secure the win for Vancouver and end their three-match losing streak.

Toronto will look to snap their losing streak when they host Vancouver next Saturday at BMO Field.