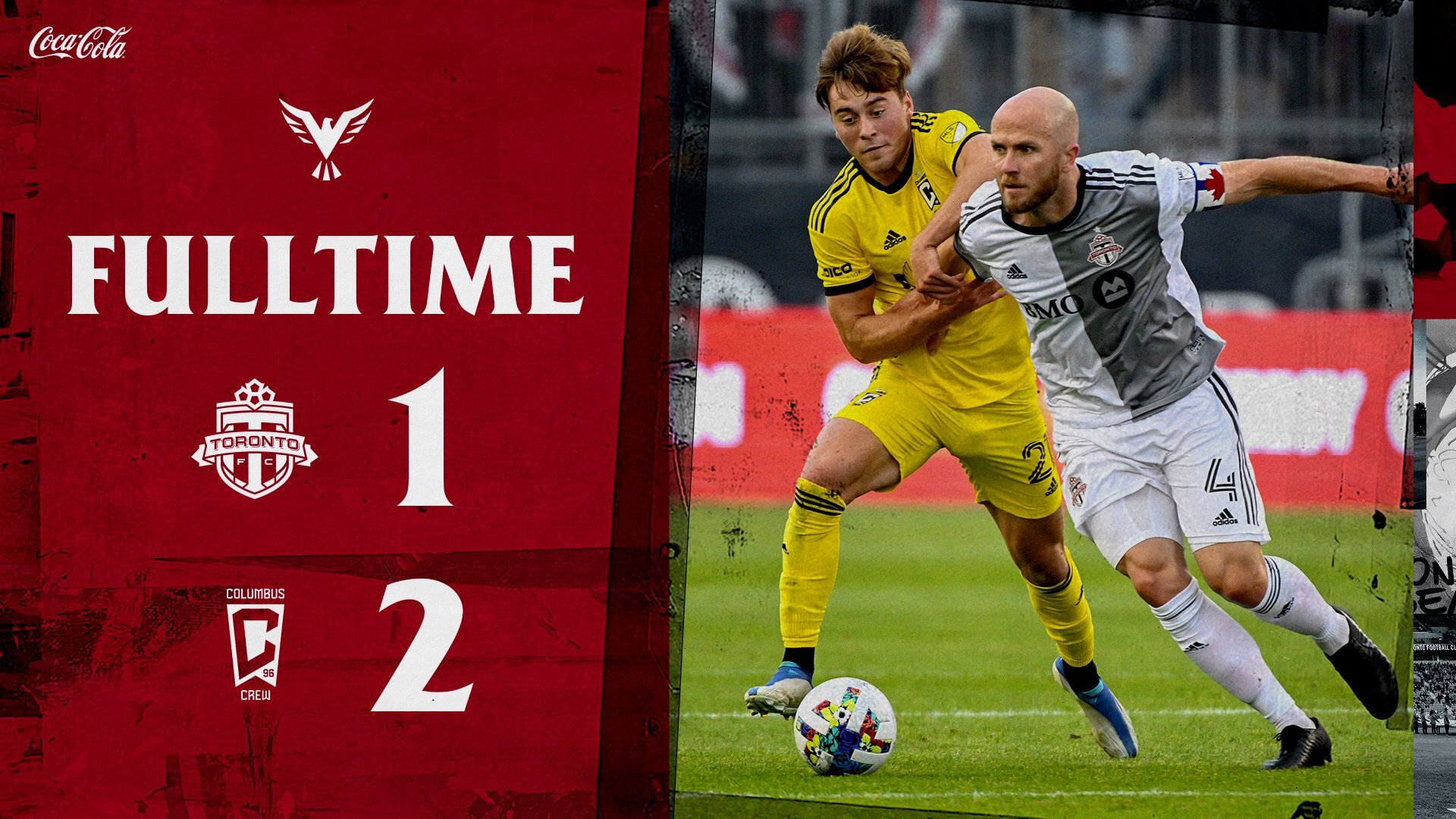 Columbus Crew youngster Jacen Russell-Rowe was the difference maker for his club as they defeated Toronto FC 2-1 to close the gap and get within reach of a playoff spot in the MLS Eastern Conference.
Toronto FC head coach Bob Bradley went with a 4-4-2 formation: Alex Bono started in-goal in place of Quentin Westberg, who picked up an injury; Kosi Thompson, Shane O'Neill, Chris Mavinga, and Luca Petrasso on the backline; Alejandro Pozuelo, Ralph Priso, captain Michael Bradley, and Jayden Nelson in the midfield; and Ayo Akinola and Jesus Jimenez as the attacking duo.
Toronto's youngsters had an opportunity to earn their place in the lineup once some of the club's newest additions arrive when the transfer window opens. It's likely the starting lineup will look much different once Lorenzo Insigne, Domenico Criscito, and others arrive. And so, matches like tonight are important in identifying who could make an impact going forward.
All eyes were on Columbus Crew's Jacen Russell-Rowe. This was a unique situation as his homegrown rights were acquired from Toronto earlier today in exchange for general allocation money. The 19-year old had quite a season in MLS Next Pro, where he scored 6-goals in only 8 appearances. This is impressive and has many taking notice of his skills and potential.
Russell-Rowe was clearly motivated to play Toronto as he was fantastic in the first-half. He assisted on both Sean Zawadzski and Darlington Nagbe's goals as the Crew took the 2-0 lead into halftime.
Bob Bradley made adjustments at the start of the second half, which ended up paying off. Jonathan Osorio subbed on for Priso, while Deandre Kerr subbed on for Akinola. Moments later, TFC cut the Crew's lead to one after Pozuelo found space outside the box and lobbed the ball to Jimenez, who headed it past Columbus goalkeeper Eloy Room.
Toronto had a great opportunity in stoppage time, but were unable to find the back of the net.
Fortunately for TFC, they are one week away from Insigne and Criscito being eligible to make their MLS debuts.
Despite being 35-years old, there is high hopes for Criscito to add stability to the backline. In a press release announcing the signing, Toronto FC President Bill Manning expressed his excitement for the Italian defender joining the roster.
"Mimmo is a player who will add valuable veteran presence to our team."
"He has played in a number of important games for his club and country in his career, has been a captain at Genoa, and we're excited he'll be joining our club."
Photo Credit: Toronto FC (@TorontoFC - Twitter)