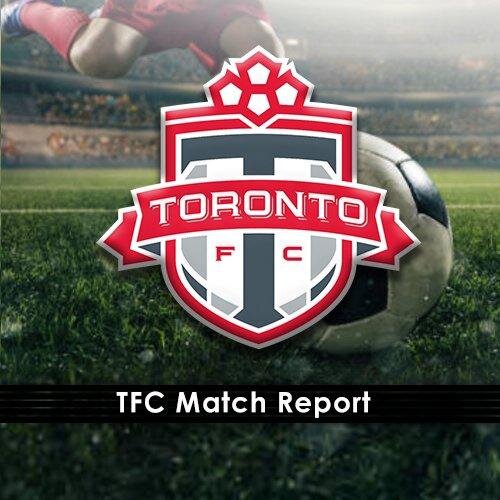 San Jose spoiled the party for Toronto as Jack Skahan scored the equalizer in stoppage time to seal a 2-2 draw at BMO Field.

All eyes were on Criscito, who was making his Toronto FC debut. The Italian defender is a durable defender that can slot in as left-back or center-back and will bring more experience to the backline.

"Mimmo" was doing well early on. His passes were crisp and he was linking up well with his teammates, which resulted in chances being created in the box as a result of his crosses.

Despite TFC dictating the pace throughout the first-half, San Jose got on the scoresheet in the 26th minute after a giveaway by Mavinga led to Jeremy Ebobisse striking the ball past Westberg to give his side the 1-0 lead.

Toronto had an opportunity in the 43rd minute after a chaotic scene in the box as Osorio struck the ball wide of the goal. Moments later, Kerr had a chance to score the equalizer off a corner kick, but headed the ball off the crossbar.

TFC were aggressive to start the second half and pushed the pace offensively. Jimenez, Osorio, and Nelson all had goal scoring opportunities but couldn't find the back of the net.

Bob Bradley added some more reinforcements in his attack by subbing on Ayo Akinola for Petrasso in the 60th minute. Toronto's attack finally prevailed in the 71st minute after Kerr, who received a through ball from Osorio, cut into the middle and struck a perfectly placed shot that curled into the far-post.

The equalizing goal injected life into the BMO crowd and the club would score the go-ahead goal shortly after. In the 75th minute, Kerr returned the favour by finding Osorio in the box with a pass. The pass was originally intercepted, but Osorio got a touch on the ball and then chipped it over Earthquakes goalkeeper JT Marcinkowski to give Toronto the 2-1 lead.

Criscito subbed off in the 80th minute to a well-deserved ovation from the TFC faithful. With defender Carlos Salcedo's departure from the club imminent, Criscito will be relied on more to bring stability on the backline. Tonight was also originally scheduled to be Lorenzo Insigne's TFC debut, but fans will have to wait until July 23rd instead.

Toronto weren't able to seal the comeback win as a giveaway in stoppage time led to San Jose substitute Jack Skahan with enough space to strike the equalizer past Westberg.

It's been a busy week for Toronto as they traded Designated Player and former MLS MVP Alejandro Pozuelo to Miami for allocation money. The trade opens up another DP spot that the club is rumoured to use to sign free agent Federico Bernardeschi, who spent last season with Juventus and was Insigne's teammate on last year's Euro Cup winning squad.

Toronto weren't done with the trades as they acquired Mark-Anthony Kaye from the Colorado Rapids in exchange for midfielder Ralph Priso and allocation money. The trade will significantly improve Toronto's midfield and will reunite the former York U Lion with Bob Bradley, who coached him at LAFC.