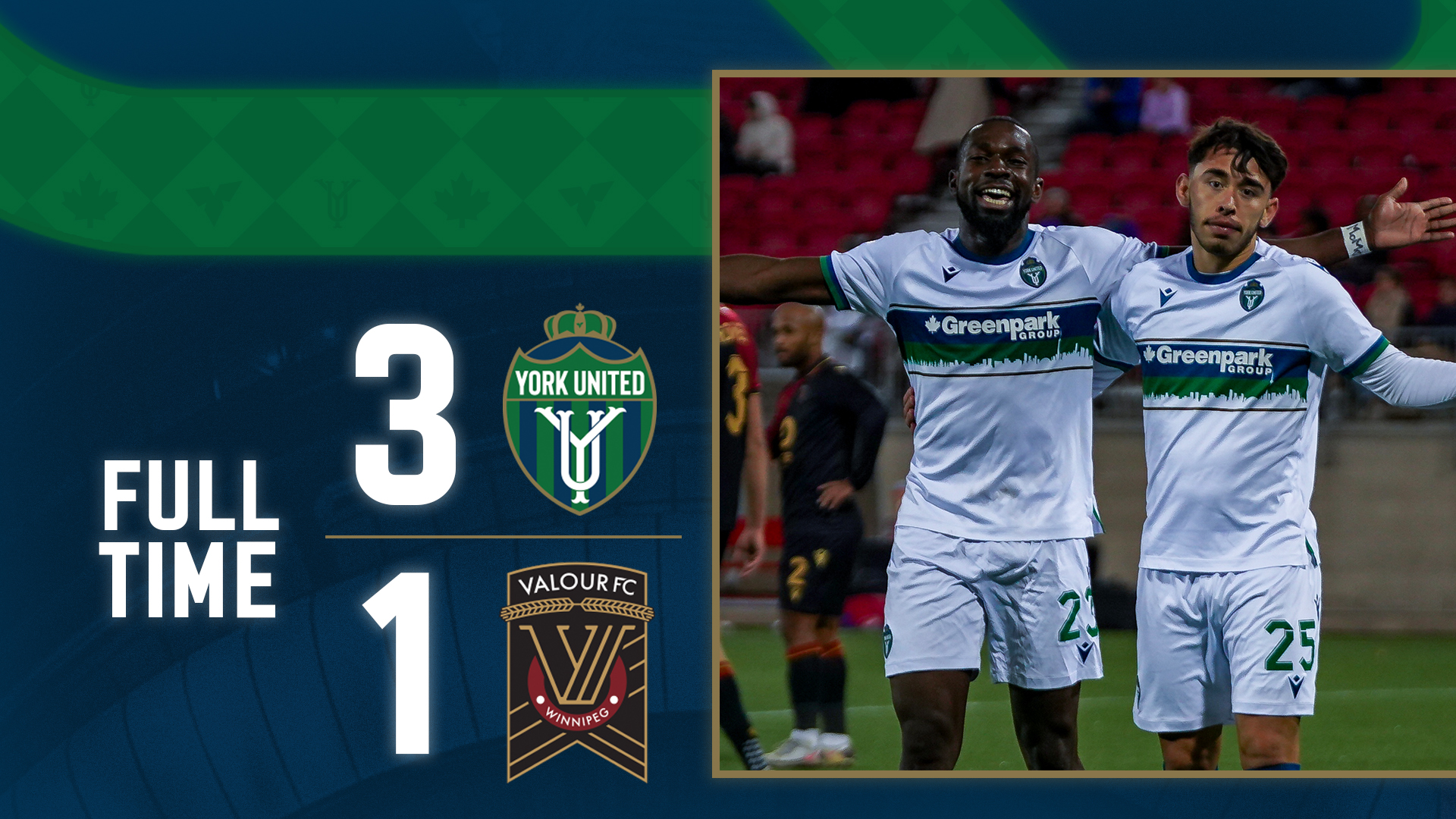 York United FC put on a show for their home fans as they picked up an impressive 3-1 win against Valour at York Lions Stadium.
It was York's final home match of the season. The club have had to overcome adversity throughout the season as there was a stretch where Martin Nash's side was plagued with injuries, which made it difficult to find consistency and build momentum.
It looked like York were making a playoff push, but they came up short last week and as a result, were seemingly eliminated from contention.
Valour took an early lead in after they were awarded a penalty in the 15th minute following a mistimed challenge by York goalkeeper Eleias Himaras. Valour's defender Stefan Cebara made no mistake as got the Himaras guessing the wrong way and struck a perfect penalty to give his team the lead.
York found an answer to the goal in 33rd minute after a nicely placed strike from Mo Babouli. He has provided a much-needed boost to the York offensive, which has lacked since they lost players to injuries and Lowell Wright's transfer to Vancouver Whitecaps II.
The Nine Stripes took the lead early in the second half off a fantastic strike from N'Sa. The fullback struck the ball from the corner of the box and it curled by the goalkeeper and bounced off the post and into the net.
Petrasso did a great job in creating scoring opportunities for himself through his ability to cut in off the wing and test the goalkeeper with a shot on-goal. He is a dynamic player that could play in different roles and was able to link-up with Babouli and was reliable in tracking back and helping on the defensive end.
N'Sa continued making big plays for York, this time on the defensive end. He made a crucial slide tackle to block a shot in the 66th minute and ensure that York maintain the lead.
Lawrie-Lattanzio made an immediate impact as he scored less than 10 minutes since subbing into the match. He received a through ball and used the space available to put the ball in the back of the net.
York maintained the lead and closed out the match without conceding another goal and allowing Valour to regain any momentum. This is positive for York because they have struggled at times to maintain leads and have left points on the table as a result.
Photo Credit: David Chant/York United FC (@yorkutdfc)