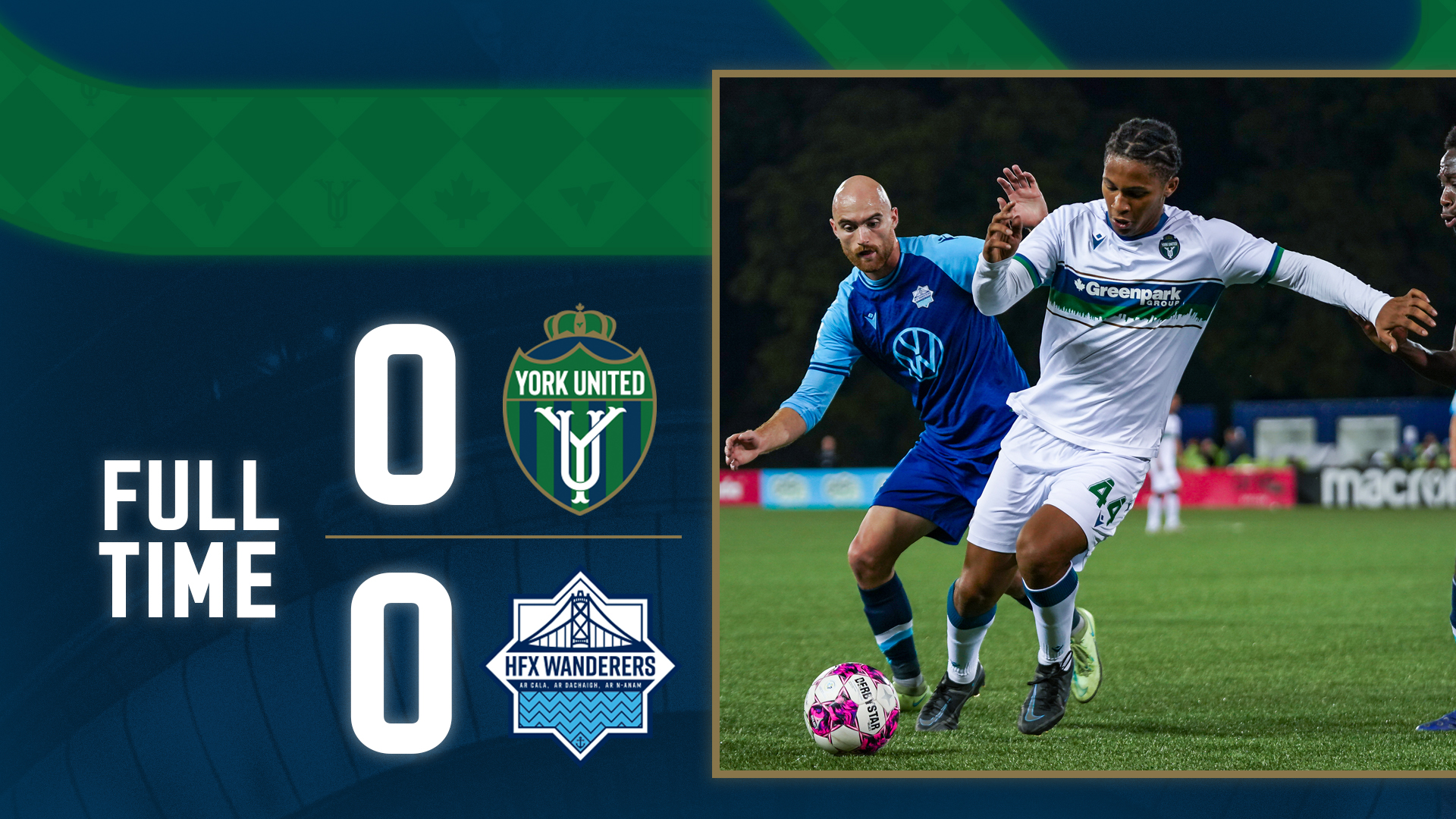 York United FC and HFX Wanderers played to a scoreless draw at York Lions Stadium and as a result, a playoff berth seems unlikely.

It was a milestone for Zator as he was honoured prior to the match for playing his 100th CPL match.

York's leading scorer Osaze De Rosario was out of the lineup as he was serving a suspension for yellow card accumilation. And so, there was an opportunity for the other attackers to step up and fill the void.

The Nine Stripes had a few promising moments in the attack, but didn't get strong enough shots to trouble Wanderers goalkeeper Kieran Baskett.

The first-half remained scoreless as both teams exchanged scoring chances. HFX were most effective on the counterattack, while York frequently linked-up and attacked off the wing.

Himaras made a crucial stop in the 68th minute. It was one of only moments where he was truly tested and came up huge for York as he stopped Andre Rampersad from putting HFX on the scoresheet

York made a late-match push for a goal as they sent more players forward, but were unable to score a game winner and had to settle with one-point instead.