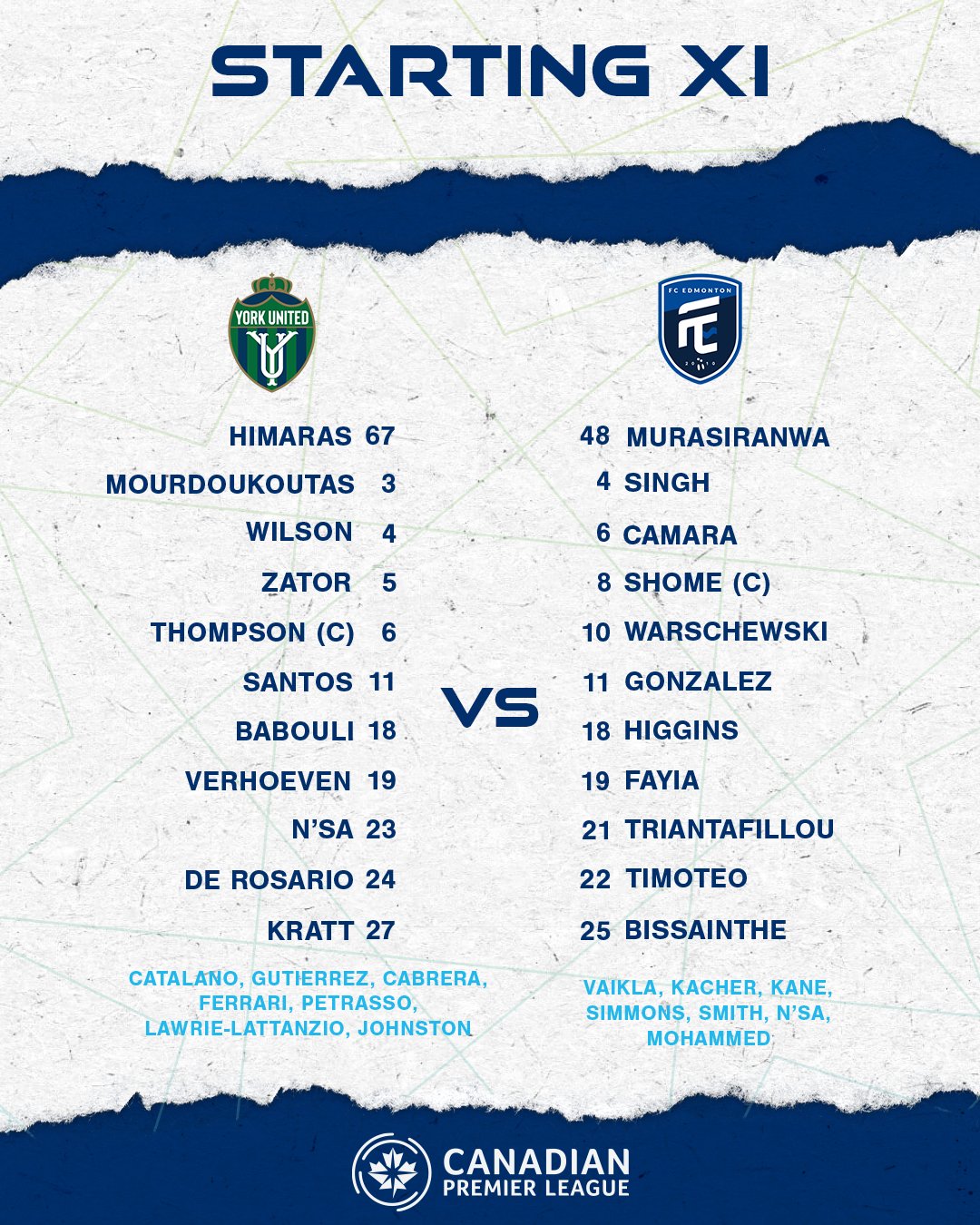 York United FC extended their winning streak after an impressive 3-1 against FC Edmonton and remain in the hunt for a playoff spot.

York got off to a great start. They moved the ball well and as a result, found openings in Edmonton's backline that they were able to exploit.

Babouli scored in the 13th minute after he headed a cross into the back of the net to give York the early lead. He has been an excellent addition and has already scored three goals since joining the club.

York managed to remain composed and maintain the lead throughout the first half, which they haven't done consistently this season. They were close to adding a second goal towards the end of the half when Kratt got a touch on a cross, but he was stopped by Edmonton goalkeeper Darlington Murasiranwa.

Like they did in the first half, York scored an early goal to extend their lead to 2-0. De Rosario received a nice pass from Babouli and finished with a fantastic strike that beat Murasiranwa for his 11th goal of the season. He is just two goals shy of the league lead in the CPL Golden Boot race in his debut season.

Edmonton answered in the 54th minute after CJ Smith received the ball in a favourable position and made no mistake as he struck it past Himaras to get his club within one goal.

Kratt was active and caused problems for Edmonton's backline. He was getting opportunities, but was unable to finish his chances.

York's hard work on the offensive end paid off in the 70th minute as they were awarded a penalty kick after Babouli was brought down in the box. Babouli stepped up to the spot and struck a perfect penalty for his fourth goal of the season and extended the Nine Stripes' lead to 3-1 and .

De Rosario was subbed off in the 79th minute and received a well-deserved standing ovation from the York United fans for setting the goal scoring record for a York player.

York United managed to see the game out and maintain the two-goal lead and secured the full three points at home. They will look to continue their winning streak when they host HFX Wanderers at York Lions Stadium next Friday.