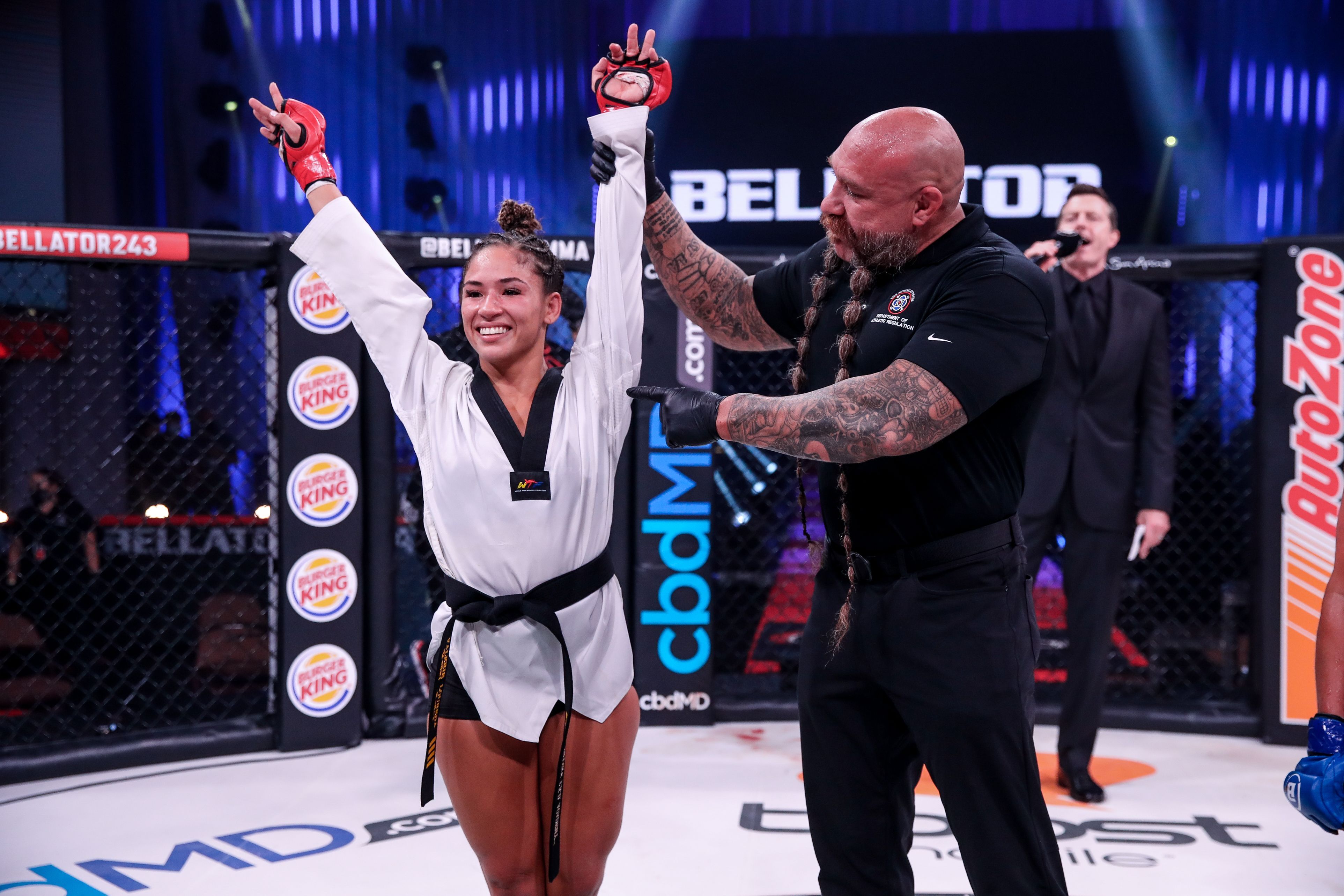 Valerie Loureda is heading to WWE!
The former Bellator flyweight appeared on The MMA Hour with Ariel Helwani today and announced that she signed with WWE and will be reporting to the Performance Center.
While speaking with "Master" Loureda last November, she indicated that "maybe one day" a transition to pro wrestling would be appealing. The 23-year-old last fought at Bellator 271, where she earned a split decision win over Taylor Turner.
The 4th Dan Taekwondo black-belt confirmed that Bellator, who she remains under contract with, gave their blessing and allowed her to pursue a WWE career. She was excited to be given an opportunity with WWE and explained her excitement to begin her career in the world of sports entertainment.

"I've worked really hard my whole life. I've had a very hard upbringing and every day, I've always just believed in myself and trained hard hoping to make it to the next step and just chasing a dream that I've had in my heart since I was a baby."

Triple H even took to social media to welcome Loureda to WWE. He tweeted out that he's looking forward to her beginning her training at the WWE Performance Center.

"An incredibly driven young woman working hard in sport and business to make a name for herself and her family. Cannot wait to have Valerie start training at the @WWEPC and make her impact in @WWENXT! Welcome to @WWE!

Loureda is the latest standout athlete to join the WWE developmental system. It'll be interesting to see how soon the Taekwondo black-belt debuts on WWE NXT 2.0, but one thing that is for certain is the company clearly has high hopes for her.
Photo Credit: Lucas Noonan / Bellator MMA